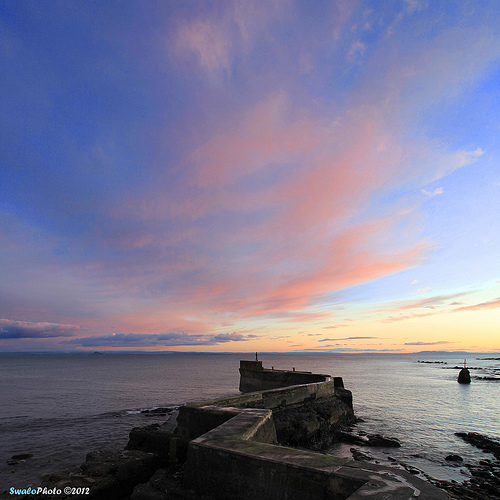 Sunset coincided with low tide which was so far out the breakwater lost all impact, hence the crop. This was about as good as the sunset got but there wasn't that many clouds. The pink faded out and it just got dark. I'll be back....... 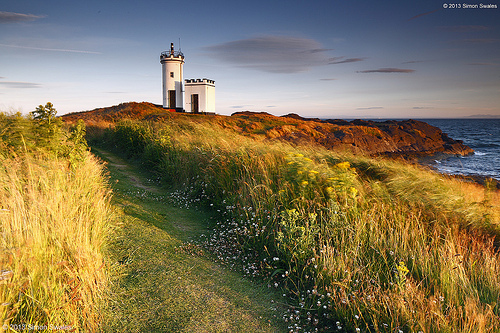 Did a mini tour of the East Neuk harbours yesterday and arrived at Elie Ness for the last of the light. Being on a headland it is quite prone to catching any breeze that comes along. The tall grasses and wild flowers make a natural lead-in. The sun was low bathing the headland with golden light. Met JamieD888 whilst waiting for the sunset. Pity the light just faded.

One from two weeks ago from the field overlooking Bankhead Farm. Taken about 15 minutes after sunset. The Ochil Hills are on the horizon. Decided on a panorama as the vast sweep of the sky was too much even for a 21mm wide-angle lens. Stitched the panorama from 3 images in Photoshop with each of the 3 images being blended from 2 exposures using layer masks so that's a total of 6 shots to make the final image. Phew! More from this shoot on my blog. 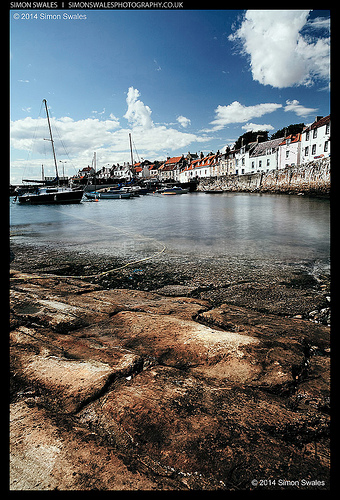 Inner harbour, St Monans, East Neuk, Fife. Would never normally shoot coastal scenes in the middle of summer when the sun has just past its zenith and beating down on all and sundry. Had parked up in St Monans to visit the Pittenweem Arts Festival just along the coast. The tide had just started to ebb with the end of the stone slipway still wet which looked good in 'live view' so I attached the Big Stopper and a Polariser (12-stops equivalent) to smooth the water and help with the glare. I also took another frame without the big stopper as a back-up. Had to do more work than I normally do in both DPP and PS to get the look I was wanting but with the help of a Topaz Adjust pre-set it's not looking too shabby for an 'out in the mid-day sun' shot. 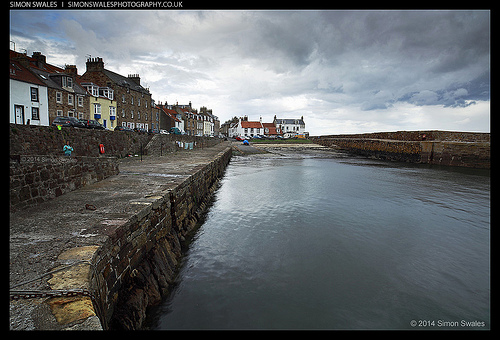 ... as it's called on the OS Landranger Maps. More usually known as Cellardyke harbour in the East Neuk, Fife. We walked in the rain from St Monans through Pittenweem and Anstruther to reach here and then walked back. Got this just as the rain stopped and before the sky brightened up. 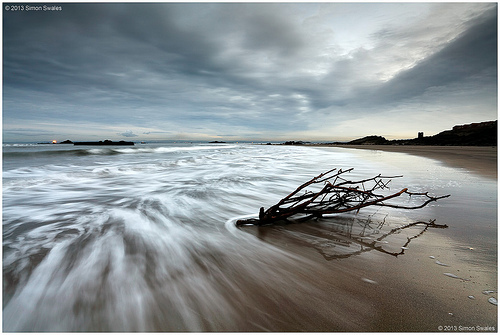 Went down to Seafield for an hour before sunset tonight. The sky was a bit muted and the tide was well on its way out. Didn't really get anything that I was happy with and as the sun set I was about to call it a day when I noticed this clump of seaweed. It's bigger than it looks (about 6ft long) and I dragged it back into the surf. Started taking shots but the tripod was sinking as it was on soft sand. Went back up the beach and returned with three stones to sort that out and then had to reposition the weed again as the sea was receding rapidly. Took a lot of shots to get the right movement in the surf. This is the one I am most happiest with. The tower in the distance is the ruin of Seafield Tower which has collapsed further in the past few weeks. 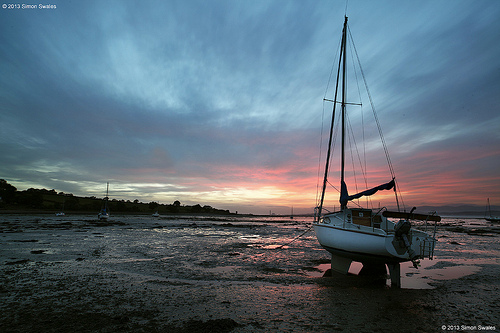 2nd one from Blackness Boating Club. Taken 30 minutes after sunset when the gloaming light was at its peak. This is only 4 miles from my home as the crow flies but there happens to be a 2 mile wide estuary in between which means a 36 mile round trip to get to the other side. Longannet Power Station Chimney (in Fife) is on the horizon). Lee 0.9 ND Pro Glass filter to extend the exposure. Processed the RAW file twice and blended the final image using a layer mask. 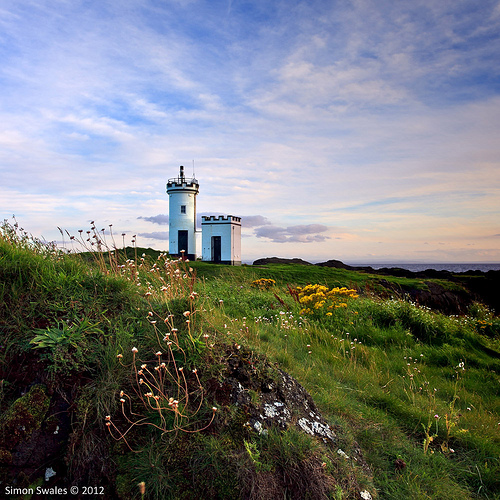 2nd composition of this East Neuk landmark taken a few weeks ago about an hour before sunset. 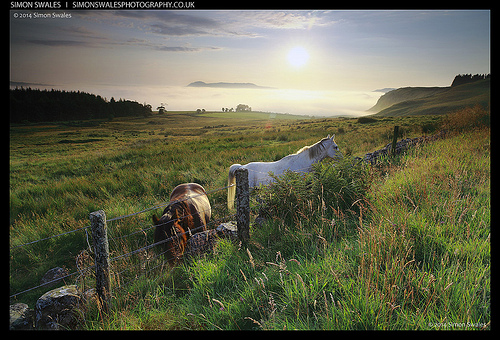 2nd one from the Cleish Hills a few weeks ago with the old county of Kinross-shire enveloped in haar with Bishop Hill and West Lomond poking through. The horses came around for a closer look at me but getting them to pose was a none starter. 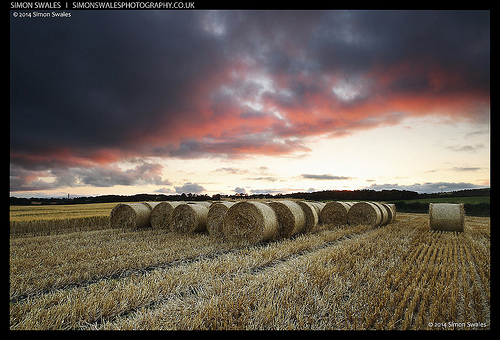 Sunday evening in a field behind Cairneyhill as sunset approaches under a dramatic sky. Blended this from 2 frames to control the wide dynamic range.