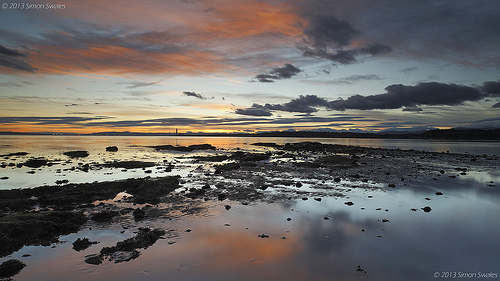 Torry Bay from Crombie Point, Fife. Taken less than 10 minutes after my previous post there are now substantial areas of rocks and stones where the outgoing tide had quickly drained the bay. This was the peak of the colour from the setting sun. 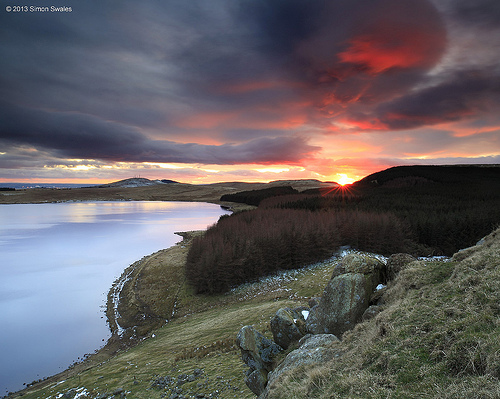 Quite and incredible sky for sunset at Loch Glow on the Fife/Perthshire boundary. Big black clouds everywhere but then for a very brief interval before it set, the sun got below the blackest clouds and shone like a big yellow/orange ball. Had to squint it was so strong. More on my Blog.

A Saucerful of Seafield 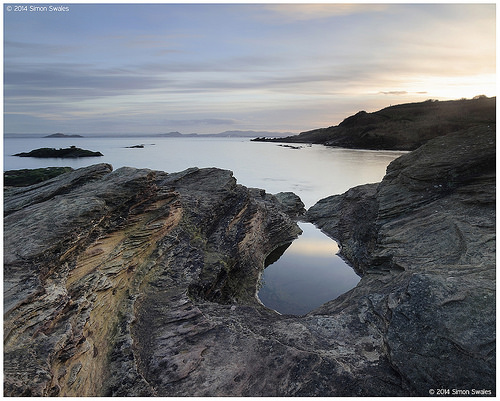 Another one from Sunday, this time from an afternoon walk along the Fife Coastal Path at Seafield, Kirkcaldy. This was the best of the light, about 30 minutes before sunset. 3 frames taken in portrait format using a 21mm lens, stitched and cropped in Photoshop. 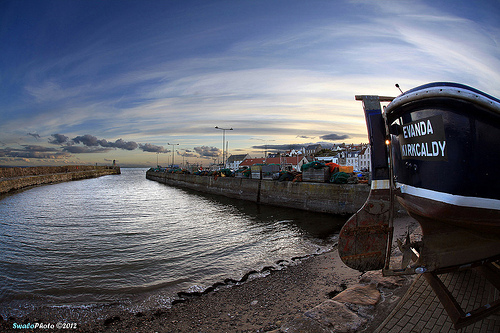 On the Evanda of Kirkcaldy at The Gyles, Pittenweem. Set up about a foot away from Evanda and took this with a 180º FoV fish-eye lens. 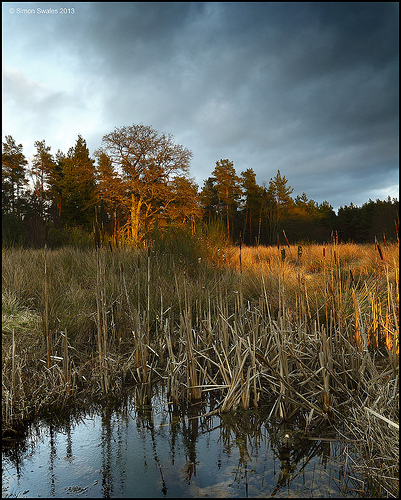 Devilla Forest is a bit waterlogged at the moment once you leave the main tracks. A big shaft of light from a very low sun hit the tree which I was hoping it was going to do. This is just off one of the main tracks in an area fenced off by the National Coal Board. 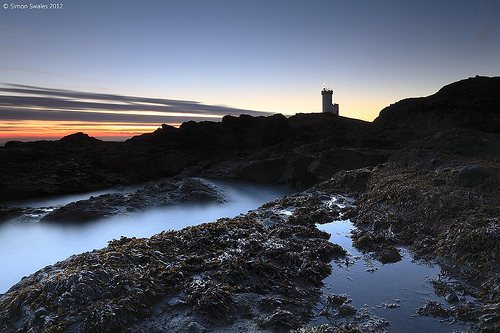 The Lighthouse at Elie Ness in the gloaming light.

The rocks all around Elie Ness are completely black in colour and have a texture like coarse grit, as many who have visited will know. To the east of the Light rock pools are in abundance when the tide is out. Noticing that for some reason there was a pool a fair bit above the level of the sea still being fed by the retreating tide I stopped to watch. Every so often a large sea swell was being channelled through a narrow gap in the rocks, surging rapidly up and around this pool before draining back out again. Tried a few different angles before settling on this one. Taken 50 minutes after sunset as the gloaming light was fading. 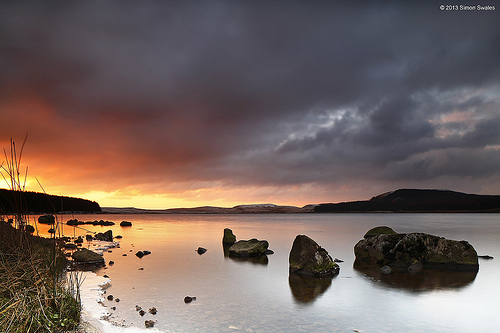 One from just over a year ago when we were in the middle of a proper winter. This is Loch Glow in the Cleish Hills. The loch at the outflow section was a sheet of ice. I walked along the frozen shoreline to the rocks. The lighting at sunset was magic for about 5 minutes before it faded to blue/grey and then the snow came. Mad dash along the forest road to return to my car to get down the single track hill road before it got covered in snow. It's not gritted and was already icy in places. 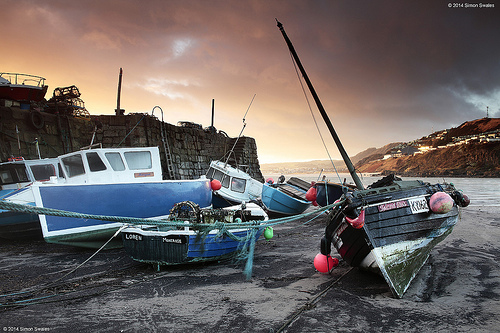 Pettycur harbour, Fife. A solitary stone pier lined with a ramshackle of fisherman's sheds with one selling fresh crab. I sat in the car watching the rain lash down with my weather apps saying it was cloudy/sunny. Once the rain cleared I headed down the beach to the boats huddled together at the far end of the pier. Then the sun shined and lit the clouds perfectly. 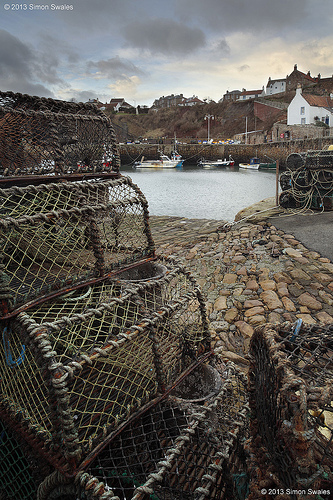 2nd one from my trip out to the East Neuk after Christmas. The creels were stacked up against the harbour wall but there was just enough room for me to sneak my tripod in and compose using 'live view'.

Glow With the Flow 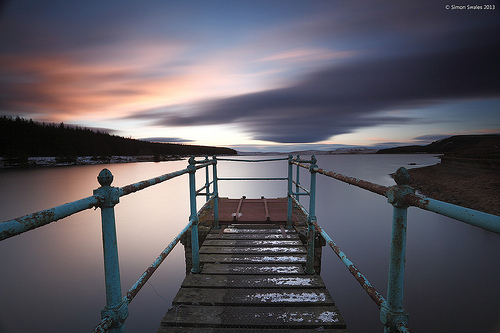 Sunset at the outflow of Loch Glow in the Cleish Hills.