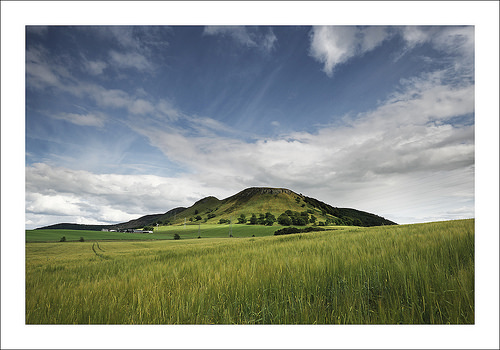 Eastwards towards Benarty Hill on the Fife/Perthshire border. Was a good sky yesterday afternoon so did a mini-tour of the old county of Kinross-shire and came back with more keepers than I was expecting. This was the first stop, just off the M90 motorway. 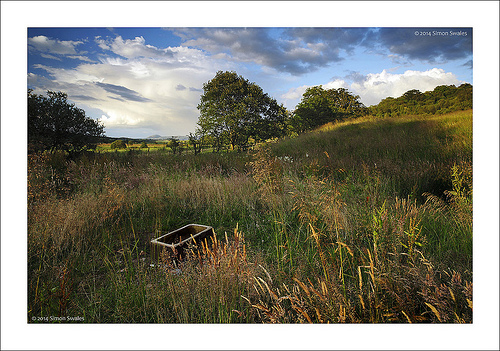 In a glade along the minor road that runs below the Cleish Hills. The low sun was backlighting the scene and the sky was full of rainclouds. In the distance is West Lomond, the highest point in Fife. 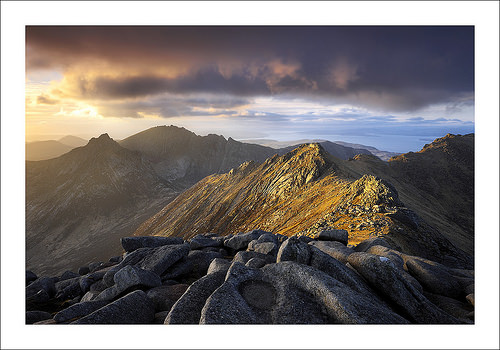 Outdoor Photography Issue 194 August 2015 Winning Image for their "If you only do one thing this month...photographic challenge".

On the summit of Goatfell, Isle of Arran. With sunset approaching North Goatfell is lit by the sun. Came across this tiny pool whilst exploring the summit earlier in the evening.

Read my "Behind the Shot" blog which I was invited to write by WEX Photographic for their #WexMondays competition on Twitter.

Note from editor: We know this week's image is not from Fife, but it was such a beautiful photograph from Simon, we thought a brief departure from Fife's borders could be forgiven. :) 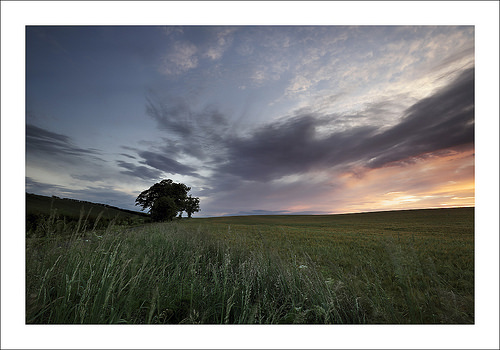 Sunset last night in western Fife before the thunder storms started in the early hours. Used one of the Fuji X prime lenses for this mini-session and focused manually. Went for the Fuji Provia film simulation pre-set when developing the RAW. 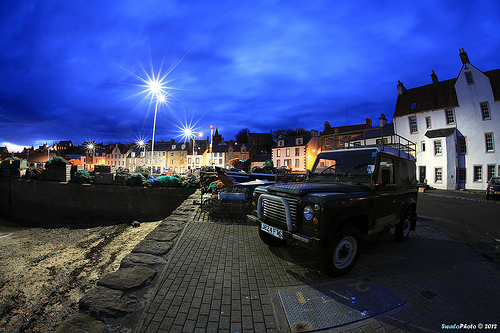 Drove out to Pittenweem and spent an hour on the pier as dusk descended. Gave the fish eye lens an airing which gives a full 180º of view and gives everything the bends. I set up about a metre behind the landie. Possibly the sharpest lens I have and I really should use it more than I do. Best viewed at the Original Size if you have time. 30 secs / f/11 / 15mm fisheye / ISO100 / no filters 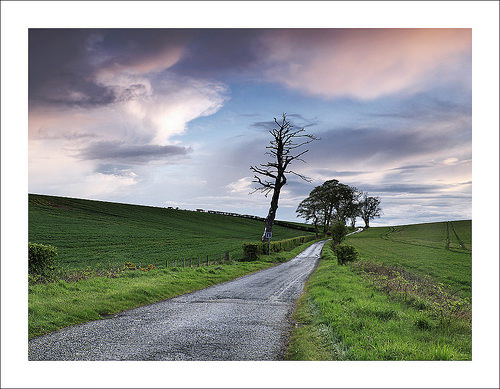 Ends at Crombie Point on the inner Firth of Forth. Thanks for viewing.

Above Us Only Sky 5

The minor road to Crombie Point, Crombie, Fife, in the hour leading to sunset. I keep re-visiting this spot which is less than a mile from home. Get something different each time. 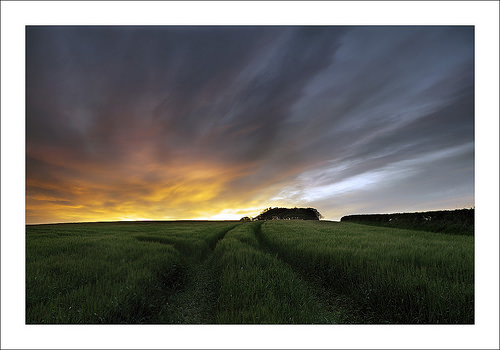 Another from a field very local to my home in Fife from a couple of weeks ago. A manual blend of 3 frames and Kodachrome film simulation applied.

Out on more business meetings today. Got this on the way back to the depot. The poppies seem to be growing amongst the oil seed rape. It's quite spectacular. Panorama stitched from 4 photographs, handheld. Good in the light box. 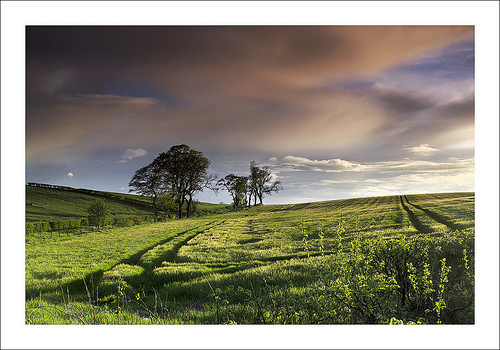 Corner of A985 and minor road to Crombie Point, Fife, about a mile from home. Rain clouds being lit by the sun about 30 mins before sunset.