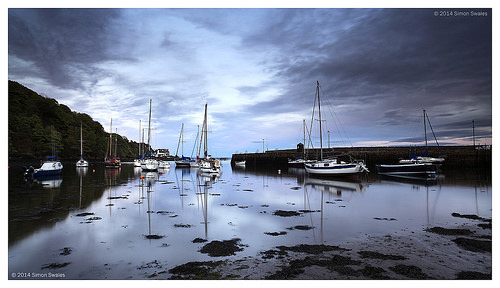 Aberdour boat club on the Firth of Forth a few minutes after sunset. The tide is coming in and is at its midpoint but as it's a neap tide it will be about 5ft lower than a spring high tide. This was taken a week ago. A Lee 0.9ND Pro Glass filter has slowed things down enough to smooth out the water. 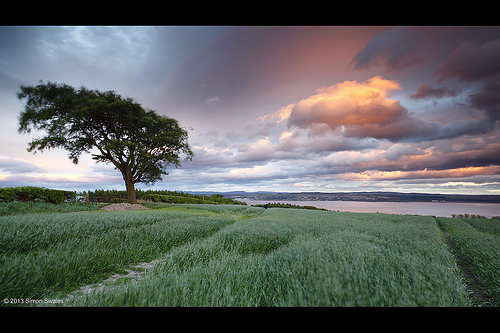 23rd May 2013. The sunset in western Fife was a bit tasty. Was blowing an absolute hoolie and was freezing too. Had to hold the tripod down to make sure everything would be sharp. Gusts must have been 30 - 40 mph. The view across the Firth of Forth from fields above Culross. More on my blog.

Hole in the Wall 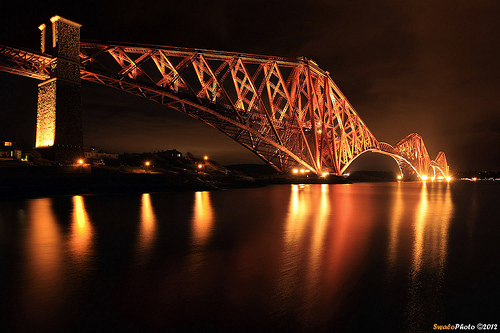 Took a diversion on the way home last night to North Queensferry to see 'The Bridge'. And what a sight it is too. Magnificent. Although the wide angle lens makes it look further away, it's right in your face as many of you will already know. 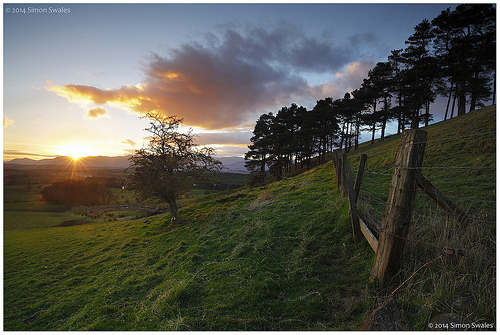 As the sun dips behind the Ochil Hills from the slopes of Saline Hill, Fife 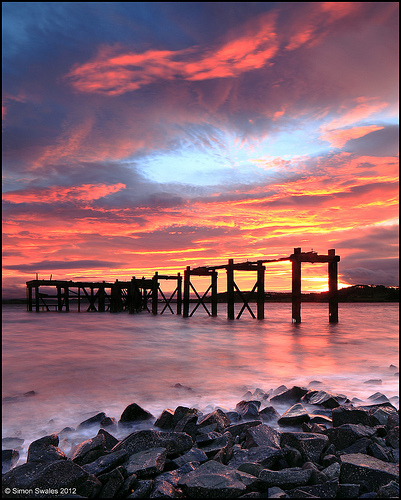 It was an incredible sunset last night. The best for a while. From about 4:15pm to 4:45pm the sky went from deep blue to deep red. This is one I got in portrait format taken about 5 minutes after sunset. More on my Blog. 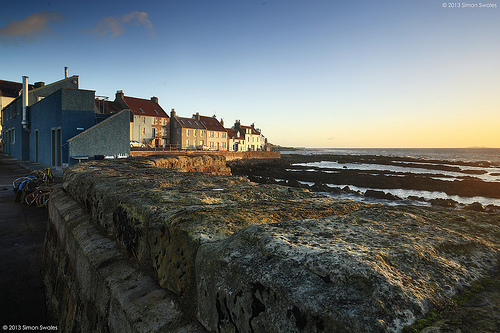 Towards East Shore, St Monans, from the harbour wall. Just after 8 a.m. when the sun was a big yellow ball in a clear blue sky. 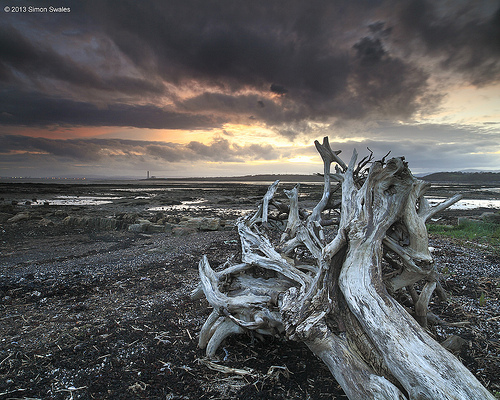 Second one from the other evening on the shore of the Firth of Forth. Once I had worked out my angles I settled on this composition to fill the fg with the driftwood and get the sunset. On the horizon is the 600ft / 182m high chimney of Longannet Power Station, the largest power station in Scotland and the 2nd largest in the UK with 4 x 600MW generators. 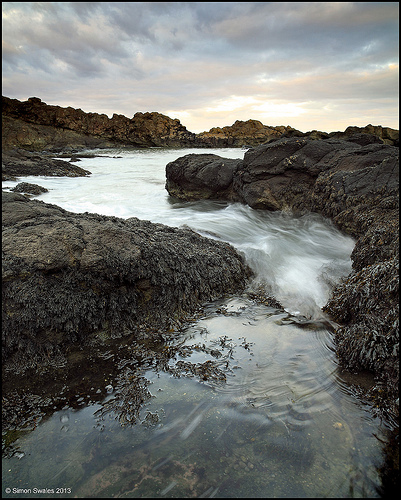 Met up with Stuart for a couple of hours this afternoon at Seafield. With about an hour to sunset it looked promising but then it clouded over and the best of the light was gone. The tide came in on a very gentle swell too so opportunities proved difficult. Noticed this narrow channel being fed by the incoming tide. The black rocks were covered in black seaweed hence the dark tones. Although it looks like its flowing downhill this is an incoming tide. 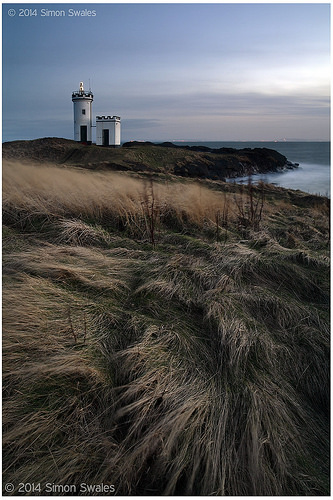