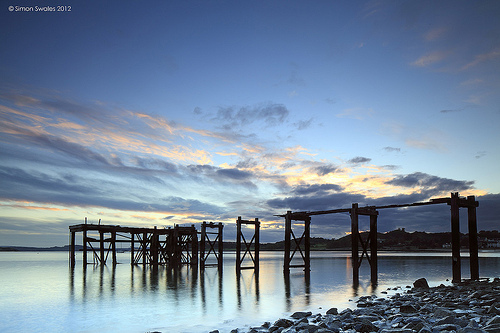 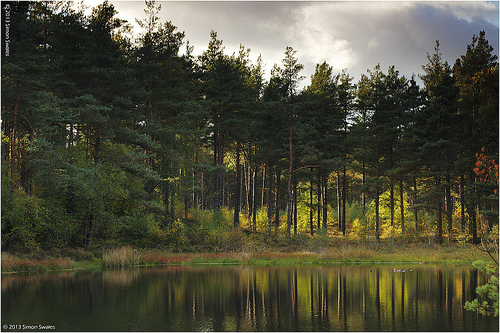 Not far from my home in Fife. Been waiting for the right conditions to get this and yesterday afternoon the sun shone brightly. Might look like a Highland scene but it isn't. 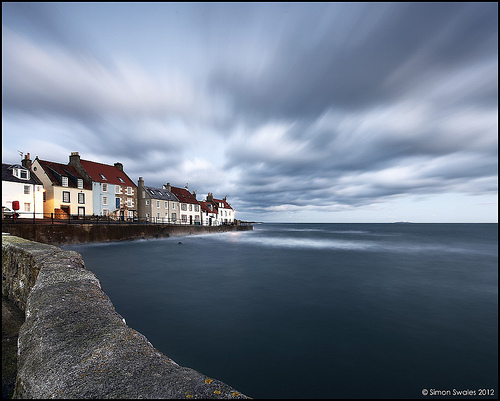 The east Neuk fishing village of St Monans about 30 minutes after sunset and at high tide. A 30 seconds exposure.

September 2012. Stopping at Crail for the first time in perhaps a year, the harbour wasn't looking promising for photography as it was extremely overcast with dark clouds. Parked myself on a bench. Had this composition in mind but it needed the sun to break through the cloud. Someone must have heard me because for 5 minutes it was lit up by the low sun which bathed the harbour with intense light. Stitched this from 4 shots taken in landscape format, handheld. 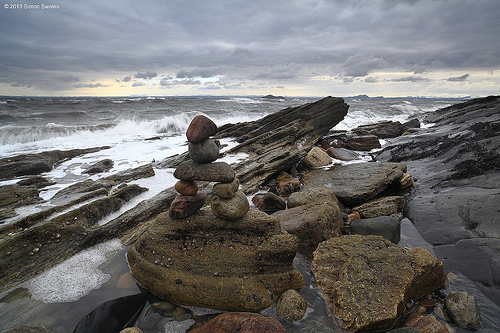 Seafield, Kirkcaldy on wild Thursday afternoon in March. Arrived with about an hour to go before low tide (due at 4pm) to see the waves rolling in and a bit of colour in the sky so stayed for about 2 hours. Was absolutely baltic but you tend to forget the cold when you absorb yourself in rocks and waves and cleaning filters and watching for rogue waves. More on my blog. 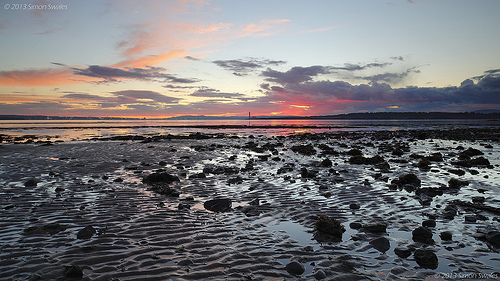 I headed to Crombie Point on Monday night to see the sunset. The black clouds over to the west were lit up by the setting sun. The outgoing tide drains Torry Bay very quickly exposing extensive mud flats which were silhouetted against the sky. 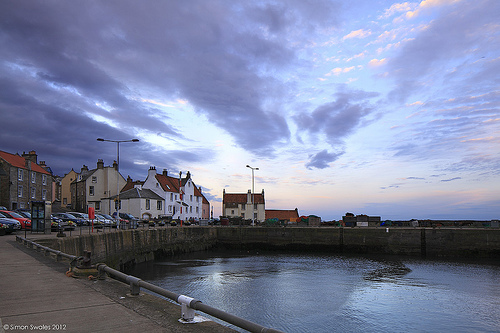 Took a tour along the south Fife coast and ended up at one of my favourite haunts just in time for the sunset. 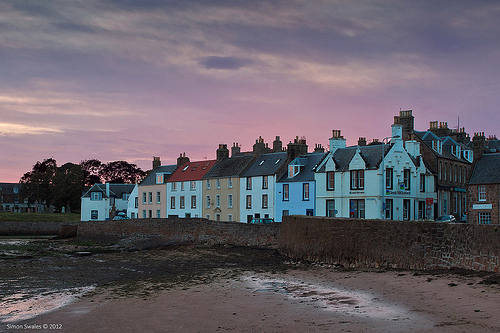 We walked from Ruby Bay, Elie to St Monans and back, along the coastal path this afternoon. Then down to Anstruther for a fish supper. The fish supper had to wait in the end. The sky over Castle Street had a magenta glow which lasted only 5 minutes before it faded. Abandoned waiting for the supper so I could grab this. 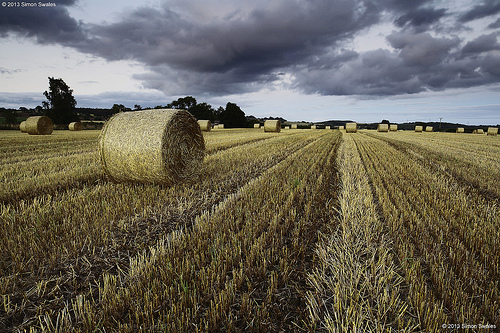 The two local fields that I have been visiting on a regular basis over the last 3 months are now just stubble. They have been harvested, baled and cleared whilst I was elsewhere. I found another field on Friday night so decided to get the obligatory hay bale shot whilst they were still lying. Busy time for farmers at the moment with plenty of crops being harvested around Cairneyhill. Last year it was well into September before this was happening. This was taken 15 minutes after sunset. 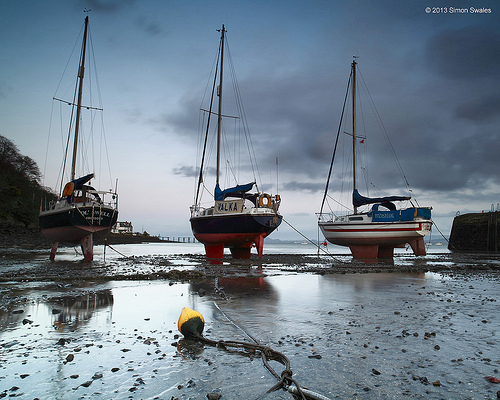 Aberdour Boat Club harbour. The tide was retreating rapidly when I arrived and it more or less drained the harbour as it was a Spring low tide. I was quite a distance from the rear of the harbour when I took this, with the majority of small craft being behind me. Taken 15 minutes after sunset in the gloaming light.