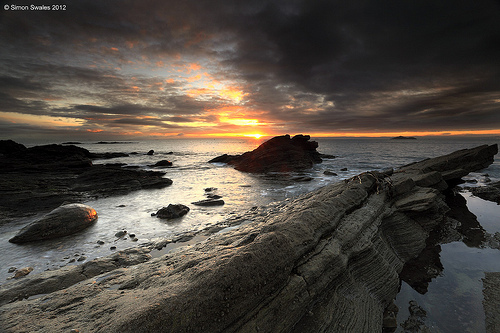 A really dramatic sunrise in the company of Stuart and Scott. Hard to believe that this is the Fife coast between Kirkcaldy and Kinghorn. Was minus something when we arrived and the beach was covered in frost when we packed up. The tide was on its way out so we had to constantly move down the rocks. Just after the sun appeared it lit up the wet rock on the left with a burst of orange light. More on my blog.