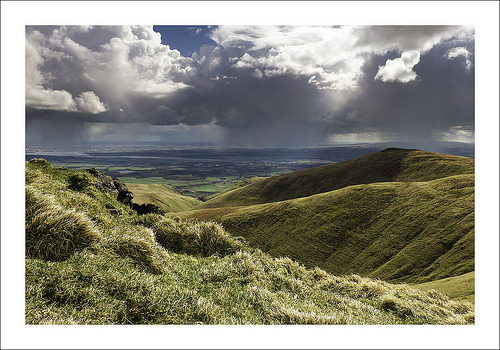 In the sunshine at the summit of Andrew Gannel Hill, Ochil Hills watching the downpours over central Scotland. One from the end of April. 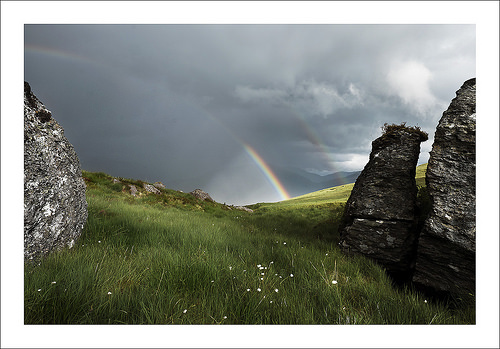 On the flanks of Beinn Narnain just below the Narnain Boulders facing eastwards. Loch Lomond and the Trossachs National Park. Was already raining when I got this (a few spots of rain top left) and within minutes it was more like a monsoon. No filters.

And Quietly Flows The Dour 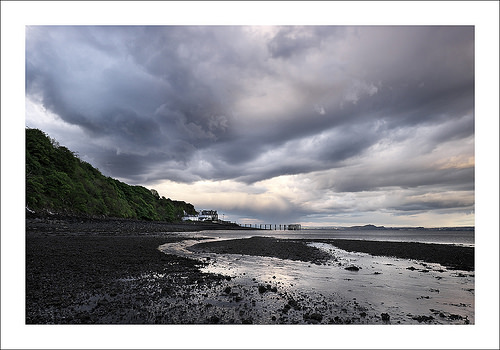 Visited Aberdour harbour last night. Low tide coincided with sunset with the clouds showing a flash of colour and the Dour Burn meandering into the Firth of Forth. The harbour is behind me. The water was so low you could walk around the pier to the beach.

Rain On The Plain 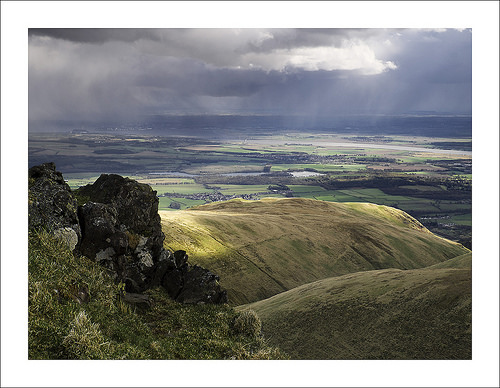 At the summit of Andrew Gannel Hill over the plain of the River Forth some 2200ft below. Did a circuit in the Ochils Hills yesterday. From Mill Glen up over Andrew Gannel Hill to Ben Cleuch and down via The Law. Did the circuit a week ago too on a sunny day. This time I had all four seasons in an afternoon. 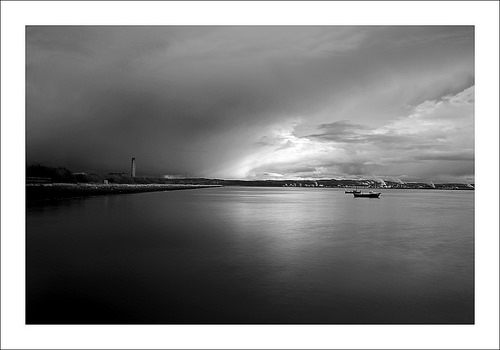 From a little pier below the Kincardine Bridge looking eastwards along the inner Firth of Forth. The recently closed Longannet Power Station is on the north side wlth the industrial sites of Grangemouth on the south side. 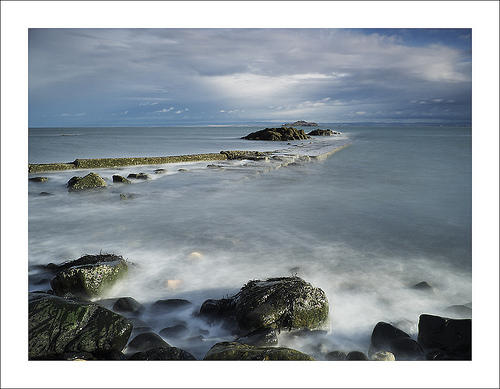 Pettycur harbour, Fife. From the rocks below the car park with an incoming tide. The island behind the rocks is Inchkeith in the Firth of Forth. Used a Lee Big Stopper to get a longer exposure. 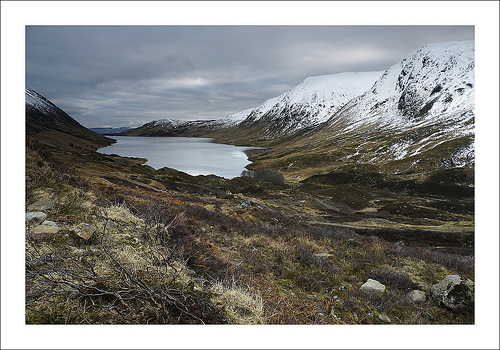 The head of Glen Turret Reservoir from upper Glen Turret, Perthshire. Was expecting sunny intervals but had a whole afternoon of overcast skies and snow flurries instead. Lochan Uaine, further up the glen was frozen solid. 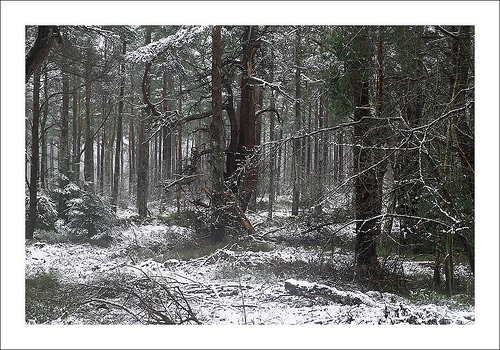 Devilla Forest, Fife after overnight snow. A thaw set in during the afternoon but for a few hours in the morning it was transformed.

Eighth On The Forth 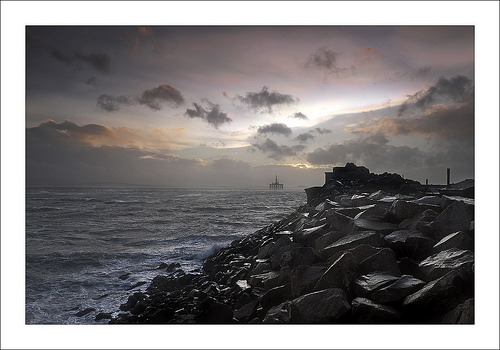 As the eighth named storm (Henry) started to gather momentum over the Firth of Forth yesterday afternoon. I reached Pettycur harbour just before sunset but was forced to sit in the car as the rain hammered down and the wind blasted everything. There was little I could do but watch as the sky over in the west took on a strange form, with the edges of the highest clouds glowing like a rainbow. As the rain cleared I took a chance and set up behind the sea defences but the force of the wind meant I had to hold on to the tripod for fear of everything blowing over. I've since found out that they are nacreous clouds, quite a rare phenomenon. 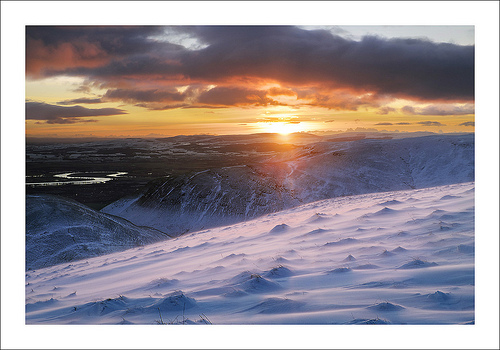 On Ben Ever in the Ochil Hills. The fine powder snow was waist deep in place with the Northerly wind creating lots of spindrift. Looks like The Highlands but its only 12 miles from my home in Fife.