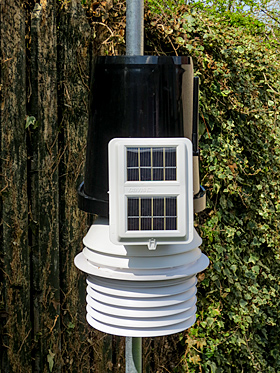 The FifeWeather station is based on a mixture of Davis Instruments and Oregon Scientific V3.0 weather station hardware. The station, in it's various configurations, has been gathering data since February 2006.

The station hardware consists of various wireless sensors which transmit data back to a dedicated logging computer, via an electronic console and an RFXCom transceiver module.

With the exception of hardware and/or software failures, the weather station runs 24x7x365.

The meteorological sensors that make up the station consist of a "tipping-bucket" rain gauge with 0.2mm bucket resolution, an external thermometer/hygrometer (for temperature & relative humidity) housed in a fan aspirated radiation shield, a combined anemometer/wind vane for measuring wind speed/direction (installed approximately 10 metres above ground level), an internal barometer/thermometer/hygrometer which is primarily used to report on air pressure (but also reports on indoor temperature and relative humidity) and finally a UV sensor which provides the UV Index level.

Most of the external sensors are solar powered, with the exception of the UV sensor which is battery powered. 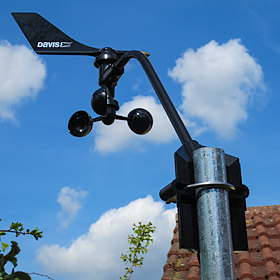 Data is transmitted from the sensors approximately once a minute, with  the exception of the anemometer/wind vane which transmits back to the console every 2 seconds.

The station itself is located at 423 feet above sea-level on the Northern side of Lochgelly in the Kingdom of Fife, Scotland. The station is positioned close to the North Western outer edge of a built up area, with fields and farmland beyond the urban area to the North and West. A golf course is located to the South West and further built up areas to the South, East and North East. Loch Ore, a large body of water, is located approximately 2.5 to 3 miles away, to the North North West.The location of each of the sensors has been selected to provide the best possible readings within the constraints of the installation environment. 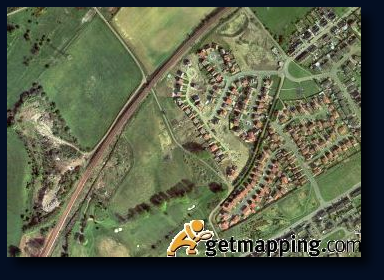 The adjacent aerial photograph illustrates the geography directly surrounding the FifeWeather station. The edge of the golf course is visible in the bottom left hand quadrant of the photograph, with the expansive farm land visible to the North and North West of the built up area. (Image copyright Getmapping Plc www.getmapping.com, used with permission.)