Following on from my previous article, posted last weekend, lovers of the snow and cold will be pleased to hear that the elements are still lining up to return us to colder weather and the possibility of some snow, come this weekend.

Now that we are another 4 days further down the road, the confidence in the forecast for the weekend is increasing as each day passes. One of the things forecasters look for, when trying to gauge how much confidence to place in the output of the various weather models, is consistency among different models. Two of the major forecasting models, of which I often speak, the GFS and the ECMWF, are coming to similar conclusions for what the weekend might hold.

This can be clearly seen from the following charts. The first chart is the ECMWF's forecast for the T850 temperatures (the temperature of the atmosphere at about 1500m above sea level). This temperature plot is important, as temps below around -5°C indicate that precipitation is likely to fall as snow as a general rule (of course the risk increases further, the colder the T850 temps). 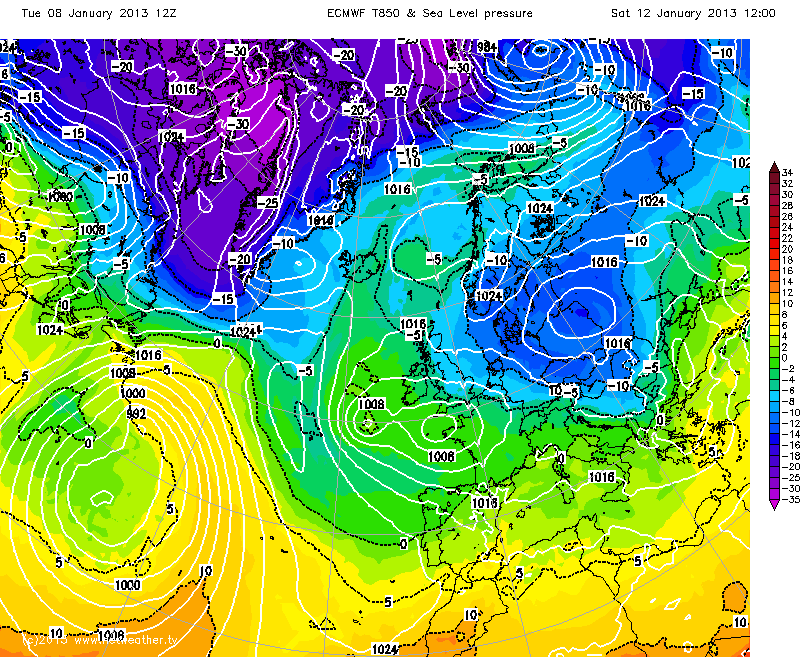 Now compare the above to the GFS chart for the same period: 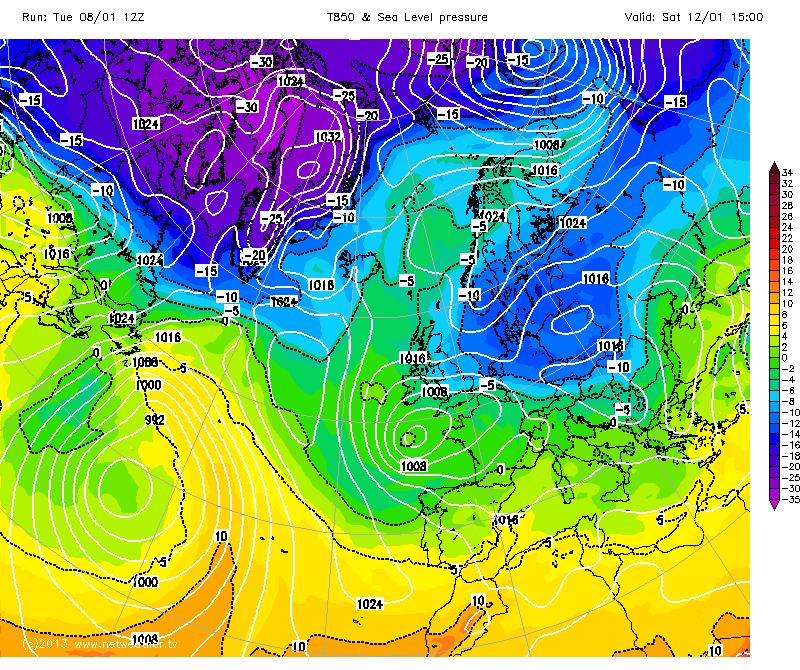 Further confidence in a spell of colder weather is provided by the GFS Ensembles. These are a group of forecast model runs that are initiated with slightly different initialisation data. Each run, known as a member, is represented by a plot on the graph. Where the member runs produce similar outcomes (where the lines remain bunched together), this adds confidence to that outcome. As can be seen from the below plots, the lines are reasonably well grouped in regards to this weekend's T850 temperatures over Fife. The ensembles have temps dipping well below -5°C by Sunday: 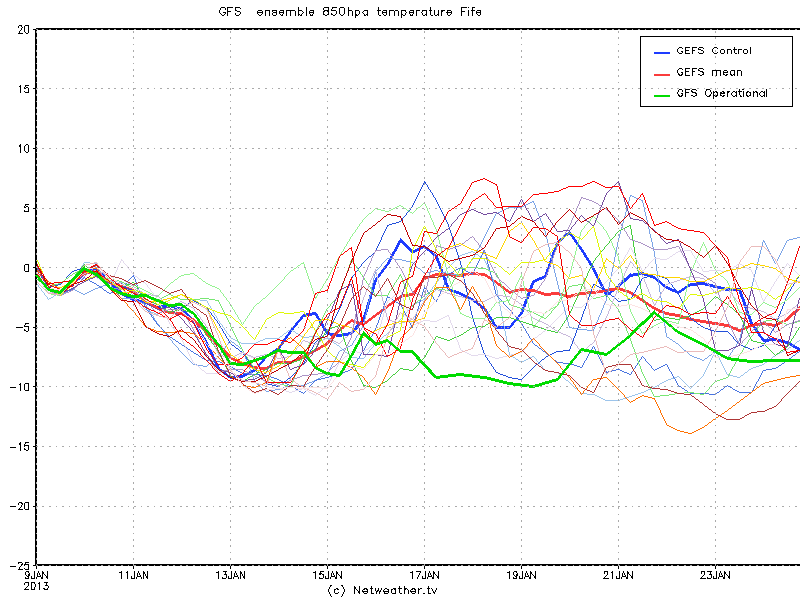 So, in summary, all the data to hand at this point, indicates that cold weather is indeed on the way, not just for Fife, but the entire UK (particularly the eastern half).  Just how severe, and how long it will last is still open to conjecture and something I will aim to provide updates on, as the weekend looms.